Humanizing the Nagorno-Karabakh Conflict: The Transformative Power of Youth

I am as old as the Nagorno Karabakh conflict. In 1988, when the Soviet Union collapsed and the first war between Armenia and Azerbaijan broke out, I was born in Baku.

I spent part of my childhood in the office of my aunt’s NGO which supported internally displaced people from Nagorno-Karabakh and adjacent regions. This time deeply shaped my perception of the conflict, as I witnessed children my age scarred by unbearable loss.

The war followed my generation throughout our childhood, so eventually, I was starting to crave peace.

I know from my own experience that the conflict has left traces in the personalities and views of thousands of young men and women from both Azerbaijan and Armenia. Generations are growing up in an environment where hate speech prevails and ‘’the other’’ side is constantly dehumanized.

The bloodshed, despair and displacement I witnessed as a child shaped my deep disgust of the war. That is why after graduating from university, I became active within GPPAC’s member organisation Helsinki Citizens Assembly - Azerbaijan National Committee.

Together with other Azerbaijani and Armenian youth peacebuilders, I created a platform for young experts and civic activists to gather and discuss the conflict and other topics related to human security. In 2020, we organized 5 meetings in total, all revolving around the issue of security.

Through providing a safe and open space to discuss issues related to the Nagorno-Karabakh conflict, we young peacebuilders gained a common understanding of society’s perception of the war. This shared understanding allowed us to formulate key recommendations for decision-makers and international actors. We were all particularly drawn into discussing the reasons for the Second Karabakh War.

I see the urgent need to work with young people to break the negative narrative towards peace and the opposing side. We need to create a foundation for future reconciliation by preparing youth and including them in dialogue. How else can we overcome the constant dehumanization of each other?

I think dialogue is not only needed regionally but also nationally to decrease the level of aggression within society and promote the resolution of existing problems through dialogue and negotiations and not force.

I am driven by my desire to build bridges between people in Armenia and Azerbaijan and I am determined to restore the relationship between the two nations and find a peaceful solution to the conflict. So that generations to come do not have to seek shelter in the corridors of NGOs anymore.

Changing History in Georgia: The Club for Peace 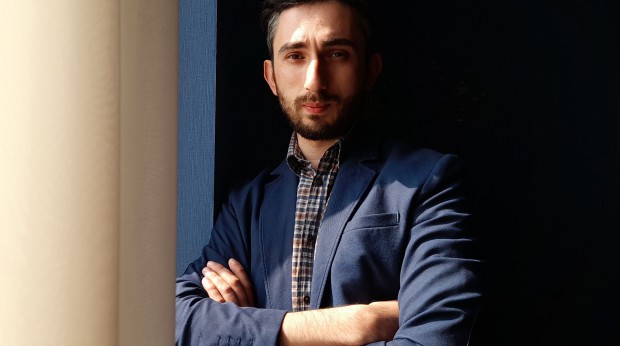