Changing History in Georgia: The Club for Peace

It was one of those mild summer days in Abkhazia, in the South Caucasus and I was 12-year-old. I randomly pulled out a book from my grandfather’s massive bookshelf.

I instinctively grabbed a history book by Ivane Javakhishvili, the most influential Georgian historian. That was the moment history entered into my life.

I went on to study political science and history when some classmates introduced me to the Georgian Club of Historians. Members of the club meet regularly to discuss and debate the dominant historical narratives in Georgia which are deep-anchored in nationalism.

I am extremely motivated to understand how history plays a key role in modern Georgian politics, how it shapes the view of the population in a region where historical narratives are instrumentalized. There is an absence of a shared history of countries in the South Caucasus. Rather national history prevails with a glorification of the past and patriotic thinking.

One cannot underestimate the role of historical narratives and identity politics in Post-Soviet conflicts.

That is why ICCN Georgia teamed up with me and 4 other men and 4 women of the Club of Historians to introduce us to peacebuilding. We immediately were captivated to understand history from a peacebuilding perspective. I learned that the relationship between my university and ICCN dates back to 2018 when ICCN asked the Club to become its partner to advance the inclusion of young people.

Through hosting 6 meetings in 2020, we were able to exchange different perspectives in a safe environment. After participating in dialogue with my peers and peacebuilding experts, I am more convinced than ever that re-evaluating history can significantly influence peacebuilding processes.

I truly believe that historians may help conflict-affected societies to re-evaluate conflicts, to detect problems and mistakes that lead to conflicts. Such discussions may heal wounds and help societies overcome their antagonism, fears and non-willingness to see human beings on both sides of barricades.

Together with ICCN, we put our heads together and produced our first policy brief (in Georgian) to share our approach to analyzing history. I think this policy brief is a powerful tool to promote the unbiased re-evaluation of the longstanding and deeply rooted attitudes and theories about the history and roots of the conflicts in Georgia.

Today, I still pull out history books from the Ilia university library where I am pursuing my PhD. I focus on conflict-related media and its impact on society because I hope to help confidence building or peacebuilding processes with my analysis.

Zooming into the Missing Piece to Peace in Libya 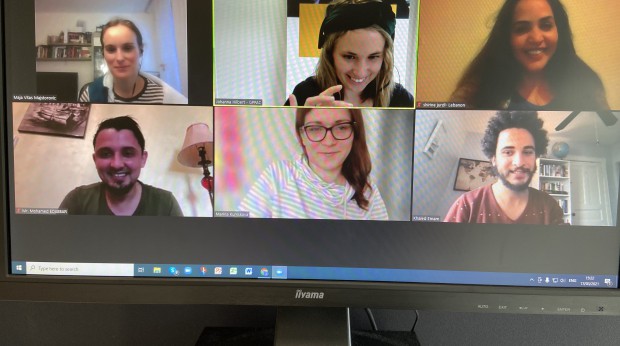