Silenced and Suppressed: Myanmar’s Marginalised During the Pandemic

26 June 2020 Natalie Roberts & Maarten van Bijnen
During the pandemic, despite calls for a nationwide ceasefire, the suppression Rohingya has continued. On the 10th of May, the government set their own ceasefire, but what did this entail? And how can we voice those who are silenced?

7 decades of civil war and military oppression have swept Myanmar. Suppression of the Rohingya, a stateless ethnic minority, has been so severe, they are one of the most persecuted minorities in the world. During the COVID-19 pandemic, despite calls for a nationwide ceasefire, clashes between the military and the Rohingya have continued. On the 10th of May, the government set their own ceasefire, but what did this entail? Increased vulnerabilities have further exacerbated conditions for previously displaced refugees. 15,000 Rohingya face quarantine in already crowded camps. With the suppression of human rights activists and the media, how can these issues be heard and, most importantly, resolved?

Giving a voice to those who are silenced and suppressed, we are joined by peace activists Khin Ohmar, Chair of the Board of Progressive Voice Myanmar, and Marc Batac from Initiatives for International Dialogue for a new episode of the Peace Corner podcast.

The Peace Corner Podcast · Silenced and Suppressed: Myanmar’s Marginalised During the Pandemic (S04E03)

A Young Path for Peace in Afghanistan

In 2001, only two terrorist organisations existed in Afghanistan. Eighteen years later the number stands at twenty. Does the road towards peace need to be rewritten? And what role can youth and women play in ending conflict?
Read more 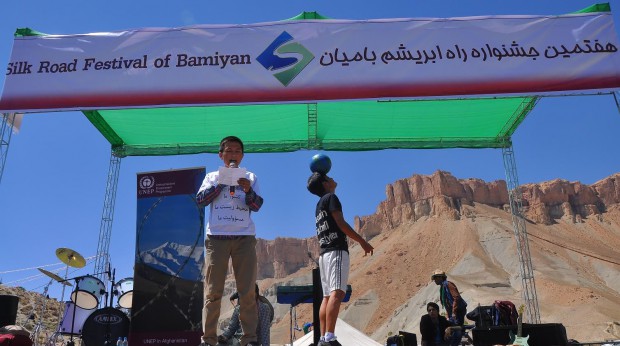