Peace Education: Building Bridges for Peace across the Dniester River

The Dniester River is a deep blue stream that eventually ends in the Black Sea. It separates Moldova from its breakaway region Transnistria. Not only are the people living on each side of the river isolated from each other geographically, the Transnistrian War in 1992 also left deep trenches of hostility, intolerance and distrust between them that have not healed until today. Transnistria exists as an “unrecognised state”, but has its own de-facto authorities, including a separate government, police and currency. This stark difference in the local realities of both regions contributes to the persistent distrust between the people in Moldova and Transnistria. Yet there are ways to bring people together and slowly let the wounds of war, which mainly exist in people’s minds and hearts, heal. One of them is peace education.

The Origins of Peace Education

In 2004, the civil society organisation ‘Integration and Development Center’ and other Ukrainian GPPAC members began to develop the very first peace education course in the Autonomous Republic of Crimea (Ukraine). It did not take long for this innovative approach to reach like-minded organisations, amongst them the Moldovan NGO ‘Educational Centre PRO DIDACTICA’, as well as the Centre for Innovation and Social Programmes in Transnistria (both GPPAC members). With the help of the Ukrainian experts and the incredible efforts of determined educators from both banks of the Dniester River, this educational programme was adapted to the local contexts.

The educators were united by their understanding that youth education can play a key role in reconciliation. Together, they developed educational courses that aim to do just that by increasing tolerance and respect for different cultures, faiths, ethnicities, and languages. That is why the peace education courses are named “Culture of good neighbourhood” in Moldova and “Living in peace and harmony” in Transnistria. In both contexts, they use a similar methodology, but they are taught in local schools, by local teachers and in the local languages. What makes these courses so important is that they not only convey approaches towards cultural sensitivity but also introduce the children to intercultural communication skills and teach them how to address disputes in a peaceful manner to prevent violent escalation.

Peace education programmes are one of the best ways to increase tolerance and recognition of cultural differences. Especially in conflict-ridden areas, such as Transnistria and Moldova, teaching values of tolerance and respect from a young age onwards can strengthen young people’s ability to create positive change in their communities.

From 2014 to 2016, the course was successfully developed and piloted in elementary schools with the support of the United Nations Development Programme (UNDP), organisations in Sweden, such as the Swedish Institute, as well as the GPPAC network. After that, it started to expand to include even more schools, grades, teachers and children. It is estimated that at least 100 schools have introduced the peace education course into their educational curriculum, more than 100 teachers have been trained to teach the course, and at least 10 000 children have participated so far. The success has been proven by a number of comparative studies and is visible everywhere you go, along the river banks and beyond. Children who participated in the course are more tolerant towards each other and willing to seek agreements for conflict resolution, and they even influenced their parents to become engaged in the content of the peace education course by working on homework assignments with them.

Building A Bridge for Reconciliation

Along the banks of the Dniester River, peace education has achieved what seemed impossible in a society divided by a “frozen conflict” - it has brought people together. Children have become more considerate, inclusive and respectful towards each other, and especially, more accepting of differences in language, religion or ethnicity among their peers. Parents have also become involved in these multicultural topics and issues through their children. Educators have been participating in meetings and workshops to continue exchanging experience and expertise to further advance context-specific courses.

“The peace education course became a unique platform for cooperation across divides, for the teachers from both banks of the Dniester River to learn from and about each other, to share best practices and work together on the upbringing of children in a way, leading to the long-term peace and stability in the country.”

After more than 20 years of very limited collaboration between Moldova and the Transnistrian region, the peace education programme has built a bridge between educators on both banks of the Dniester River, allowing them to exchange experiences and understand each other better. The success of the programme shows how young people are empowered to use the tools of peace education and become agents of change to promote more peaceful communities. When continued, the peace education programme has the possibility to travel along the Dniester River and continue to spread, building even more bridges for peace. 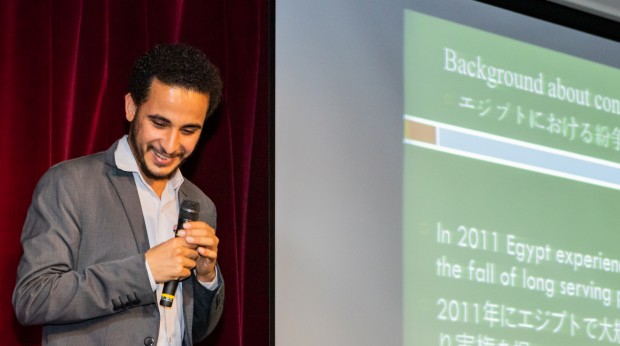