Is Conflict Prevention a Priority for the UN and its Member States? Analysis of the UNGA77 General Debate

Violent conflicts have escalated throughout the last few years, creating a world of worry for the international community to grapple with. Amidst the growing global insecurity, the UN General Assembly (UNGA)’s 77th General Debate brought together world leaders from 193 countries to share their priorities for the multilateral system.

Member States’ focus on peacebuilding and conflict prevention was shockingly low throughout the General Debates, especially when considering that prevention must be at the global forefront to end violent conflicts around the world.

However, some statements at UNGA77 offered a glimpse of hope. For instance, there were strong calls for advancing sustainable peace through prioritising peacebuilding, inclusive and peaceful partnerships and strengthening communication channels. There was also a recognition that the multilateral system has to change: references to systemic UN reform were present throughout speeches, confirming the relevance of the ongoing deliberations on ‘Our Common Agenda’. This Agenda could be a powerful tool for advancing prevention if developed inclusively and with deep reflection on the best path for taking concrete and practical action steps.

Below I summarise our five key findings from the UNGA77 General Debate:

Political will must rise for peacebuilding across the conflict cycle:

Peacebuilding is a broad concept that is understood differently by Member States. This variation became evident in many speeches that addressed the concept of peacebuilding with several approaches, including by calling for post-conflict reconstruction, advocating for peacebuilding resources in conflict-torn areas and increasing peace infrastructure within the UN system.

The results were strong - 169 of the 193 members (87.56%) advocated for increasing peacebuilding measures in some shape or form, which demonstrates the international community’s desire to do more on peacebuilding. However, in order to build a collective strategy and avoid inconsistent and incoherent approaches to building peace, Member States must agree on a definition of peacebuilding that contains measures to build peace across the conflict cycle. Implementing these strategies may be the key to preventing future violent outbreaks.

Conflict Prevention must be a priority for all Member States:

It is impossible to address the growing crisis of peacefulness without taking prevention seriously. Comparing mentions of current conflicts with mentions of conflict prevention measures shows a major area for improvement.

This comes as a surprise given that 168 (86.05%) of this year’s speeches mentioned current conflicts in or outside of their home country. Especially, the Russian invasion of Ukraine and the Israel-Palestine conflict were frequently referenced, with some speeches entirely revolving around them. Member States have clearly expressed their concern for ongoing conflicts because of the instability they cause around the world and are calling for heightened UN intervention. Their speeches fixated on the global supply chain shortages, high levels of loss, and the economic strains that current conflicts have created.

However, despite the widespread worry surrounding current conflicts, only 42 speeches (21.76%) advocated for increased UN work on conflict prevention. As Montenegro’s Prime Minister stated, ‘responding after the outbreak of a conflict or crisis is often not enough, or not timely enough.

With the upcoming 2024 Summit of the Future centred on ‘Our Common Agenda’, Member States have a unique opportunity to prioritise prevention. After considering the financial, social and cultural benefits of prevention, hopefully, they will take much-needed decisive action.

Financing remains a challenge for peacebuilding:

Financing was discussed by 104 speakers (53.89%), making it one of the most frequently mentioned topics of the General Debates. Providing aid in current conflicts and financing climate security work were the two most mentioned topics within this category. However, there was very minimal discussion on financing preventive measures, showing a big area for growth that could be spearheaded through the New Agenda for Peace’s priority on investment in prevention.

Inclusion must regain its priority in the Member States’ discourse:

Research shows that inclusive approaches make peacebuilding more successful. However, at UNGA 77, only 67 Member States (34.72%) spoke about how conflict affects women differently than men, while 75 Members (38.86%) acknowledged that conflict affects youth differently than older populations. Further, very few of the statements referred to the importance of including women and young people in peacebuilding action. Putting diverse peacebuilders in the lead and promoting co-creation is something that the international community is yet to accept globally and operationalise across the multilateral system.

UN Women works on bringing more diversity to the forefront of peacebuilding conversations, and the recently approved UN Youth Office may aid in inclusive endeavours. Nevertheless, the low level of support for promoting the leadership of women and young people’s voices in peacebuilding and prevention highlights the need for more investment of financial and political capital in supporting youth-and women-led prevention and peacebuilding action.

Inclusive national ownership must be operationalised in practice:

Member States cannot have a nuanced understanding of conflicts without listening to local perspectives. Because of this, hearing and including local perspectives in peacebuilding policy and programming is instrumental to its sustained success.

What do the UNGA77 General Debates mean for the future of peacebuilding?

The discussions at the UNGA77 General Debates are extremely important for the UN as they provide an opportunity to better understand global priorities and react accordingly. This includes action on the following targets for advancing peacebuilding and conflict prevention: 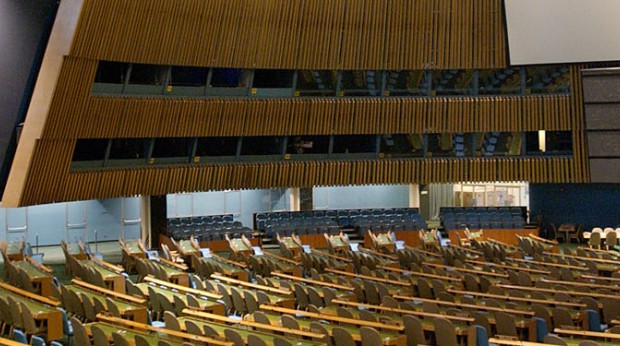