Lucy is the founder and chairperson of Middle East Nonviolence and Democracy (MEND) in East Jerusalem, focusing on media and education and pioneering approaches to the promotion of awareness about the power of nonviolence. She also is the Thematic Gender Focal Point in the GPPAC Global Improving Practice Working Group. Furthermore, she is the Chair of the Nonviolent Peaceforce.

From 2004-2005, Lucy was a senior research fellow at the Women and Public Policy Programme in the Kennedy School of Government at Harvard University. From 2007-2016, she was head of the institute of Modern Media at Al-Quds University, and before that she taught Cultural Studies at BirZeit University, both in the occupied West Bank. She is a member of the Institute of Inclusive Security. As a board member of the Israel-Palestine journal, she co-edited the issue on "Women and Power" and "Une Philosophie a l'epreuve de paix". Recent writings include a chapter on "The Power of Media in Peacebuilding" ("Pathways to Peace" MIT 2014) and "Statelessness and Insecurity in the Occupied Palestinian Territory" (GPPAC 2014). She has been associated with GPPAC, and its regional branch MENAPPAC, since its launch in New York in 2005.

A Glimpse Past the Wall in Palestine

This is Walaa, a young Palestinian woman who lives in a refugee camp next to an Israeli checkpoint. Every day Walaa is faced with the separation in her country. Through the work of peacebuilder Lucy Nusseibeh, she has been able to tell her story.
Read more 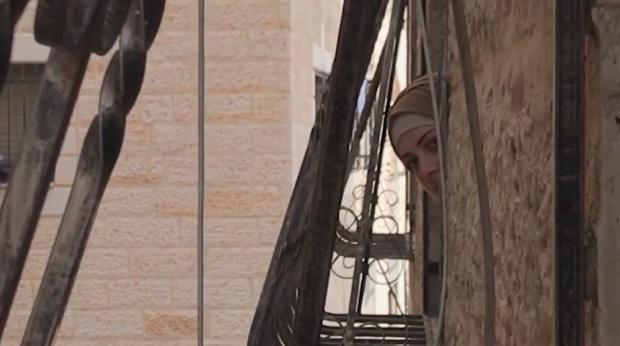