The second webinar in our Improving Practice Webinar series will focus on the engagement and empowerment of women promoting peace and confidence building in South Caucasus. Peacebuilder Nina Tsikhistavi-Khutsishvili, Director of the International Center on Conflict and Negotiation (ICCN) will share her experiences and challenges on the creation of the first ever in the region Network of South Caucasus Women Mediators. She will be joined by Zaal Anjaparidze, GPPAC member and ICCN program coordinator. He will share his expertise on  adaptive leadership pertinent to human security, how and whether it works in Georgia’s conflict zones and how it contributes to conflict prevention. The patterns of women community leadership in the conflict zones will be presented and the issues related to building capacities of adaptive leadership in the context of human security will also be discussed.

Date & time: 19 September, 12.00 (CET) .
Who can participate? This webinar series is open for anyone interested.
What language will the webinars be delivered in? In English
What technology do I need to be able to view the webinar? We will be using Zoom for the webinar.
How do I register to the webinar? To view the webinars, you must first register here. This is free.

About Nina Tsikhistavi-Khutsishvili
Ms. Nina Tsikhistavi-Khutsishvili, is the Director and elected Chair of the Board of the International Center on Conflict and Negotiation (ICCN) and is actively working in the field of peace, conflict resolution and promoting non-violent approaches to disputes through gender equality, human rights approaches. She has also been advocating for women’s rights since 1996. She has initiated and coordinated several large-scale programs to ensure the civil society organisations' (CSOs) participation in negotiations (Track 2 and Track 1,5) and peace processes, to ensure women’s participation in mediation, positive peace building, and elaboration of  Legal Mechanisms in order to combat domestic violence, promote institutional machinery for gender equality and create effective mechanisms in Georgia, involving governmental agencies and SCOs.

Ms. Tsikhistavi-Khutsishvili initiated and participated in numerous researches in the field of conflict and gender studies. She is an editor of number of books:  “Training Modules in Gender Equality, Tolerance and Diversity”, 2015; “Training Modules in Conflict Resolution, Peacebuilding and Conflict Peaceful Transformation”, 2015; “War, Justice, Peace” (contains legal representation in domestic and international levels of 2008 War victims, 2010); “Gender Equality in Georgia, 2006-2009”, 2009; “Multi-Component Study of Domestic Violence in Georgia”, 2006; “Women Profiling the Situation in Georgia”, 2004. She is a researcher and co-author of “IDP Women’s Rights Violation” (2008), “Trafficking in Women” (2000), “Hidden Female Discrimination” (1999).

About Zaal Anjaparidze
Zaal joined the International Center on Conflict and Negotiation in 2017 as a Coordinator of the GPPAC Caucasus Dialogue program. He is a member of IPWG and a regular participant in its activities. Namely, he arranged the translation of Georgia-relevant components of GPPAC Human Security Handbook in Georgian and Russian and dissemination among the local CSOs and community groups. He conducted trainings on human security essentials for the women community leaders and IDPs residing nearby the conflict zones using GPPAC handbook on Human Security.  Zaal participated in the numerous seminars, round-tables and events devoted to rebuilding trust with the representatives of Russia, Abkhazia and South Ossetia. He is one of the co-authors of the joint publication of ICCN and Russian Council for International Affairs about the ways of rebuilding confidence after the August 2008 war.

Mr. Anjaparidze received MA degree in mass communication specializing in political PR.  Zaal was the editor-in-chief of the English-language weekly GEORGIA TODAY. Zaal is extensively writing about major social-economic and political events and trends in Georgia. Since 1997 to date he has been a contributor to the various local and international editions and analytical resources, including Jamestown Foundation, Transitions Online, EurActive, The Moscow Times, IPG-Journal and others. 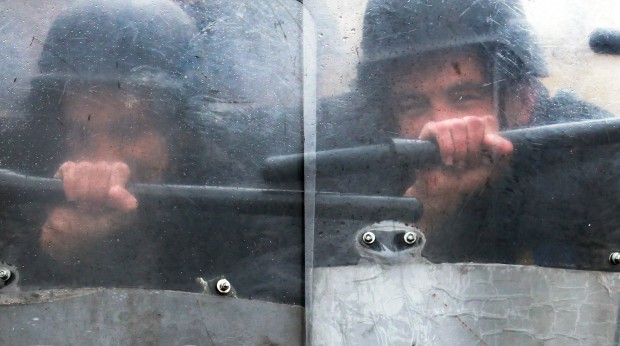