Peacebuilding in the Era of Climate Change: Security, Environment, and Resilience in Africa

The risks posed by climate change are real. Whilst it is rarely the primary cause of conflict, it can act as a risk-multiplier, exacerbating existing vulnerabilities. It is also important to recognise that these impacts are not evenly distributed, affecting women, youth and men in context-specific ways. The risks are greatest in communities with weak infrastructures that are unable to absorb the additional stress and adapt to the changing climate of the world. With this in mind, the impacts of climate change pose a significant threat to peace and human security, making peacebuilding and conflict prevention more urgent than ever. In this blog series, we highlight how local peacebuilders are applying conflict prevention and peacebuilding lenses to climate change to build resilient social structures.

The African continent is one of the regions disproportionately affected by climate change, containing twenty of the fastest-warming countries globally.  Climate change within many African countries exposes the vulnerabilities in social-ecological systems- especially in conflict-affected environments.

With agriculture being a key industry in Nigeria, any adverse effects from climate change will impinge on livelihoods. Smaller communities are vulnerable to multiple risks, especially with regards to the impacts of extreme weather events and climate change upon agricultural production. Critical issues are growing- this includes increasingly frequent cyclones causing flooding and killing many people.

As a result, the West Africa Network for Peacebuilding (WANEP) in Nigeria began to engage with the national and state governments on agriculture and climate resilience to support small scale farmers. Prior to the 2019 general elections in Nigeria, WANEP engaged political party aspirants to sign a Farmers Manifesto - a critical document detailing the specific needs of Nigerian farmers and to hold political offices accountable for their actions as it relates to the interest of farmers.

Zimbabwe, an agricultural-based economy endowed with a large part of the world's precious and rarest minerals, has experienced two successive droughts leading to 85% of households being food insecure and in need of food aid. Thus, the group Voices in the Vision for Africa (VIVA), a youth organisation focused on fostering a sustainable and peaceful environment for the young people in Zimbabwe. VIVA is currently holding engagement platforms for community and national stakeholders to address the issue of climate change through a series of policy briefs to engage with relevant committees.

In the Southern Region of the African continent, the region thrives on rain-fed agriculture, therefore, with the rise of droughts going in the region is currently confronting a combination of cyclones, droughts, and natural resource exploitation. In conversations of climate change, Southern Africa has been stagnated by limited funding to support projects. While, when policy transformations are made to suit a particular activity, changing the status quo indirectly disrupts the social fabric.

Ultimately, climate change will continue to prolong or escalate violent conflict, inhibit peacebuilding, further stress weak governance systems, and undermine communities’ social cohesion. The understanding now is that investment in local and national capacities is a necessity to sustain peace, as local and national resilience is critical for communities to withstand shocks and climate-related stress.

What Infrastructures for Peace support Peacebuilding in the Context of Fragility and Crisis? 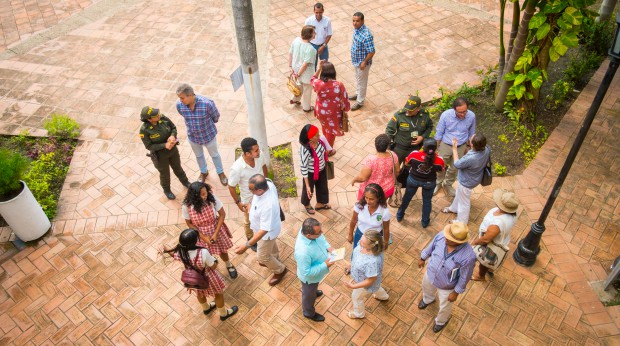