The Peacebuilding Commission has engaged with a number of UN actors with a goal to capitalize on mutual goals to support sustaining peace. The PBC primarily engages with the Security Council, General Assembly, and Economic and Social Council (ECOSOC) through briefings by the PBC Chair or Country Specific Configuration (CSCs) chairs at the respective body. Additionally, the PBC has held at least two joint meetings with the ECOSOC. However, the PBC also has limited engagement with other other UN bodies that work more directly on the ground, such as FAO and UNODC, through the CSCs.

The opportunity remains for the existing and former members of the Commission to bring their expertise into their work with other UN bodies. This can include, for example, the engagement with C-34 –the Special Committee on Peacekeeping Operations considers all aspects of peacekeeping and publishes policy recommendations on peacekeeping–, where significant push could be made to strengthen the peacebuilding mandate for peacekeeping missions. This could be done through increased cross-fertilization of expertise through member States in any of the General Assembly Committees. This opportunity needs to be discussed with Member States who often remove the position of a peacebuilding expert after Member States leave the Commission.

However, what UN actors the Commission should engage with remains a question. Given its capacity, this leaves several questions for the PBC: should the PBC work to deepen its existing relationships or engage more with other bodies? Does the PBC gain more from engaging with bodies that it has an existing relationship with (Security Council, ECOSOC) or with those that work on the ground (FAO, WFP, etc.)?

Globally, we bring together experts on many different themes.
Read more 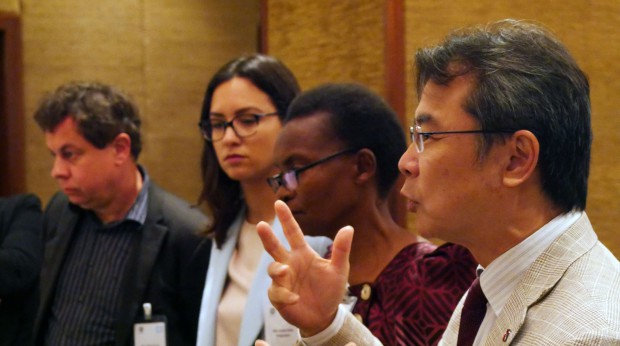