International Day of Peace: The Faces of Peace

The International Day of Peace is a globally recognised celebration, held to observe and honour peace and ceasefires around the world. This day is an important opportunity to raise awareness for the importance of conflict prevention and achieving peace. We at GPPAC strive for a peaceful climate, and to commemorate this special day, we will highlight some of the faces behind peacebuilding.

Peacebuilders across the world are taking steps towards achieving peace, each in their own way. Their efforts are a vital part of the bigger picture, but often go unnoticed.

Today, we are shining the spotlight on the unsung heroes of peacebuilding, those who are working towards making the world a more peaceful place!

A Spotlight on Builders of Peace

Despite enduring constant exposure to violence and barriers to education during his childhood in Upper Egypt, Khaled Emam (the Executive Director of The Justice Call for Rights and Development) surpassed all expectations, attending Cairo University to study a course on Human Rights. Not only was he the first person from his village to graduate to higher education, but his hard work and ambition led him to set up a community project in the outskirts of Alexandria, bringing together communities, regardless of their religious beliefs and backgrounds.  Today Khaled continues to contribute to the field of peacebuilding through his role as Executive Director of The Justice Call for Rights and Development, an NGO which brings together young activists across the globe. Read his story here.

The death of the coordinator of the indigenous guard, who was working alongside Wilmer Poscue Pena to protect their community from the conflict in Colombia, drove him to consider taking up arms in retaliation. However, the principles of the guard saved Wilmer from making this decision, realizing that words, not weapons were the answer. His observation of the impact intergenerational dialogue can have within the community has encouraged Wilmer to bring this idea to the table within his role as the president of the youth platform in Cauca. Wilmer remains acting in a fundamental role in involving the youth in the peacebuilding process and making their voices heard. Wilmer is currently the director at Mesa de Juventudes Miranda, Cauca.

These two stories highlight some of the faces behind peacebuilding, reminding us that society as a whole needs to contribute and work together, playing their part to achieve peace. Check out more stories from our peacebuilders here. At GPPAC, today, we will celebrate the importance of recognising that peace should be a right to which we are all entitled!

We need to shift our focus from reacting to violent conflicts to the longer-term focus of prevention. In this animation we explain what conflict prevention is, why it is important and what GPPAC is doing for sustainable peace worldwide.
Read more 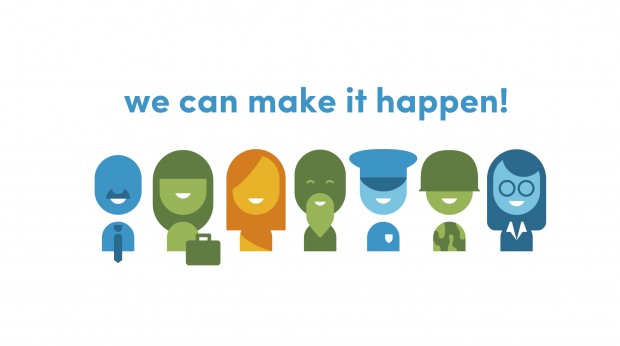