Implementing Women, Peace and Security in Georgia: Where do we stand?

In November 2022, I engaged with the Geneva International Discussions (GID) – the multilateral forum to address the security and humanitarian consequences of the Russo- Georgian War of August 2008. I shared several challenges and opportunities from the review of the progress of implementing the Women, Peace and Security Agenda (WPS Agenda) in Georiga.

Pillar 1 Participation: Local peacebuilders in Georgia see limited support for local women-led peace initiatives. To date, women can only participate and exercise meaningful influence when it comes to questions specifically related to gender sensitivity; however, not in the broader processes. The GID lacks support structures that allow women to make more effective and higher-quality contributions before, during, and after GID consultations and the overall peace process. Clear processes for women to influence decision-making processes sustainably are absent.

Co-chairs, mediators, and facilitators should provide strong and supportive leadership rooted in the principles of inclusivity in peace negotiations. This includes strategically assisting women across parties to advance common interests, such as formulating joint positions on key issues and/or forming unified women's coalitions among formal and informal representatives. Further, consultations with women must establish clear and effective transfer strategies that systematically communicate agendas and results of the GID and
Incident Prevention and Response Mechanism (IPRM) meetings to negotiators, mediators, facilitators, and parties. Tangible consultations with women would formulate their joint positions on key issues that would be outlined in united documents, presenting women's demands to the GID, thus making its participants formally obliged to consider said demands in all stages of their decisions.

Pillar 3 Prevention: Conflict prevention mechanisms do not exist. We see no early inclusion of women in the peace process, which would ensure their increased ability to make meaningful contributions. Involving women early - preferably in the pre-GID Round phase ensures women's sustained inclusion throughout subsequent negotiations and agreement implementation processes.

Further, there are no support structures, such as inclusive commissions, ceasefire monitoring groups, permanent commissions, and post-agreement commissions, as a mechanism of participation for women in all peace process phases. Once they are established, before, during, and after GID Rounds and IPRM meetings, they will allow women to make more effective and higher-quality contributions to a process. Support structures would lift women's roles and influence during meetings and subsequent
agreements implementation.

Securing women's participation in all aforementioned commissions across all phases of a peace process requires explicit gender equality provisions to be introduced as early as possible to be present in the language of a final peace agreement.

Pillar 4 Relief and Recovery: There is very limited support for civil society and a very low reinforcement of women's capacities to act as agents in relief and recovery processes in conflict and post-conflict in repatriation and resettlement, disarmament, demobilisation and reintegration programs (DDR), support to internally displaced persons (IDPs) and in the delivery of humanitarian assistance.

Coalition-building is not supported widely. Strong and systematic support would allow women, under a collective umbrella, to mobilise around common issues and negotiate as a unified, representative cluster, which guarantees their being heard. In fact, creating a joint
position paper or common policy document would be especially useful for transferring it to stakeholders. Transfer strategies would ensure that the inputs from stakeholders outside the GID and IPRM find their way into the agreement and the peace process as a whole.

Read my full statement, including more recommendations to the GID, here.

The negotiation format of Geneva International Discussions (GID), led by the EU with the United Nations and the OSCE as the co-chairs, was launched in 2009 and remains the only international platform in which selected interested parties can participate in seeking conflict resolution. The GID focus on security-related issues and humanitarian needs of the conflict-affected population with little peacebuilding focus. One significant problem of the GID is local peacebuilders; lack of participation and engagement. Even though GID has been convened in an ''informal setting'' – where participants are present in their personal capacity with no official designations – the GID is still distanced from local communities. It is considered to be a ''closed'' and ''elite'' platform as there is no information regarding the agenda of GID meetings and no opportunity to submit recommendations from local peacebuilders and broader community actors.

For an inclusive and peaceful political system
Read more 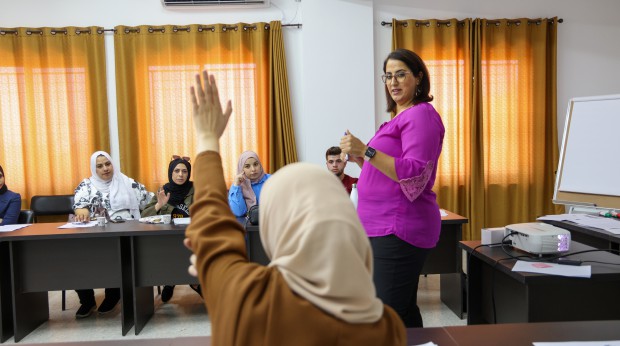