Civil Society in Times of COVID19

When COVID19 began to spread we at the CRIES/GPPACLAC office quickly noticed that the conversation in Latin America on the pandemic had distinct elements that were not as present in the discussions in European countries. Most of these elements were directly linked to underlying structural deficiencies in Latin American and Caribbean societies. As such, they are also key elements in the discussions surrounding the structural roots of violence and instability in the region. Yes, of course the obvious gaps in healthcare systems were the foremost concern to many. However, the issue of pending economic crisis coupled with social-economic instability quickly became a central issue in the debate, and impacted deeply in the political discourse of ruling elites on the issue of COVID19.

The most obvious cases are seen in Mexico, Brazil and Venezuela. Disregard for the risks of the virus became the norm and was then substituted by insufficient state response and/or political utilization of the pandemic to reinforce repressive state structures not central to countering the spread of the disease.

This has also been a recurring issue, at a global level: Its effects on the shrinking of civic spaces. Social control tools, repressive mechanisms, expansion of executive powers, censorship and overreaching state actions have become recurrent responses to the pandemic. In many cases, these mechanisms are also abused with the aim of countering dissent and criticism coming from civil society organizations. Will these actions, that impact directly on NGOs across the globe, but particularly in the Global South, be normalized and continued to be employed in the post-COVID19 world? We cannot answer that with certainty, but if history is an indicator, we are likely in a lot of trouble.

A third aspect of the COVID19 non-health impact is financial. As the stocks collapse impacting trust-funds, and governments from donor countries redirect resources to deal with the pandemic, the financial prospects for Global South NGOs are not promising. While most foundations and cooperation agencies have stepped up to support their grantees and partners in the short term, it is likely that overall availability of funds is reduced in the medium term. This makes CSOs very vulnerable, especially if combined with repressive state measures.

This is a perfect storm for civil society across the Global South. And the timing could not be worse: facing the imminent risk of conflict, violence and instability, civil society organizations play a key role in building resilience, strengthening dialogue mechanisms, and providing policy recommendations to counter these risks and contribute to a more stable, peaceful and inclusive future.

This was in large part the motivation we found in CRIES / GPPAC LAC. It was not a time to hunker down, but rather step up activities of the regional network. After decades of multiple workshops, seminars and conferences per year across Latin America and the Caribbean as well as the rest of the globe, the pandemic brought a halt to all in person activities. But in times of hyperconnectivity, this could not become an impediment. With the support of wonderful partners, we tested available technology, explored formats and methodology, and convened a series of ongoing workshops on key issues that the region is facing in times of COVID19.

All of these are being followed up by a series of Policy Briefs filled with analyses and recommendations that will be mainstreamed into the discussions taking place not only in Latin America and the Caribbean, but also the rest of the world. Next steps will be more workshops, a regional convening and an online public webinar in order to keep members engaged and support their work while also ensuring access to the outputs that are produced.

Additionally, our editorial efforts have not been affected. The next issue of our academic journal, Pensamiento Propio, will tackle militarization in Latin America, where at times armed response seems to be the main reaction by many governments. We are also powering through a new book as we continue to pursue a more pro-active and engaging role of the region on global affairs, which is particularly important in times of changing world dynamics and transforming geopolitical landscapes.

COVID19 is a world health crisis, without a doubt. But it is also a wake up call to civil society: the societal vulnerabilities that have been systematically pointed out by NGOs and academics for decades are now central in the debate on how to counter the pandemic in all of its dimensions. It is time for action, and for the first time in history, action can be taken from home.

Conflict in Venezuela: Not Going Home

Since 2014, more than three and a half million Venezuelans have left their country. Why are they leaving everything behind? Is the crisis endangering peace in the region? What type of responses are needed?
Read more 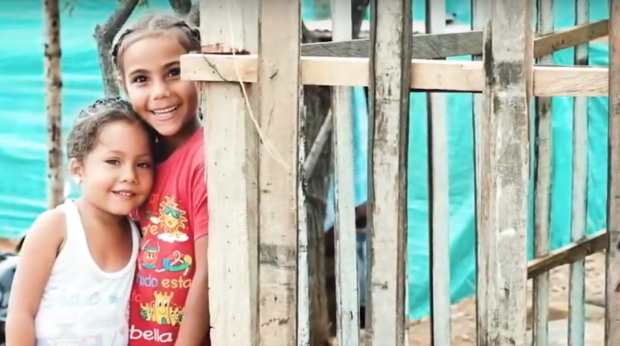